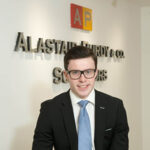 The High Court recently upheld the Labour Court’s decision ordering reengagement of a Luas Driver who had been dismissed for ‘moonlighting’ as a taxi driver.

Moonlighting is the colloquial term used to described an employee who engages in additional work outside his or her primary source of employment, otherwise known as double jobbing.
Whilst not prohibited under legislation, it is common ground that employers disapprove of employees taking outside work, usually outlined in their contract of employment or employee handbook.
Moonlight can give rise to concerns from an employer’s point of view, ranging from health and safety risks due to over worked employees, to poor performance and inadequate rest periods, thus breaching Organisation of Working Time Act 1997.

Here Transdev Ireland, discovered that one of their luas operators through a private investigator, had also been working as taxi driver at night time. As such, Tansdev Ireland dismissed the employee for gross misconduct. It is important to note that the drivers contract expressly prohibited from engaging in other paid employment without his employers permission.

The driver noted he only occasionally worked as a taxi driver and that such did not constitute a breach of his contract. However Transdev noted that due to the safety critical nature of a laus drivers role, i.e. the responsibility for the safety of passengers and other motorists and pedestrians, they had no other choice. As such the WRC agreed with the decision to dismiss the driver.

Transdev appealed the Labour Courts decision to the High Court on a point of law[2] citing the fact that the Labour Court failed to rationally address the relevant law[3], failed to rationally address the relevant facts of the case and failed to provide adequate reasons for the order of re-engagement.
The High Court rejected the above grounds, noting that the omission of reasoning was a “harmless error” and they are allowed to “ cut to the chase” and not be fatal to its finding. As to the issue of re-engagement, the Court concluded that same does not require any express justification as it flows naturally from the finding of an unfair dismissal itself. Moreover, that Transdev failed to provide a detailed fight on the issue of the remedy and failed to submit evidence that the reengagement would be disruptive.

This case flags an issue over proportionality dismissal decisions. This ruling calls into question the ability of an employer to rely on Double Employment policies, in light of occasional additional work, when determining the reasonableness of employers sanction to dismiss.
When accounting for working time obligations, an employer should be reminded that any additional work outside of the employees primary employment should also be taken into account when it comes to ensuring appropriate rest breaks. 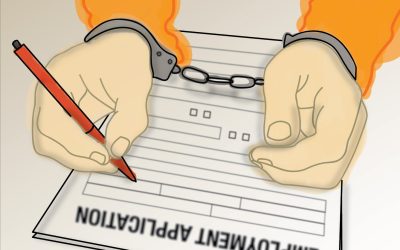 Employment Law Spotlight: The effects of imprisonment on employment?

Muiris Flynn v Iarnrod Eireann ADJ-00030195 (2022)  Background  The Complainant was employed by  the Respondent Company from January 2008, until his dismissal in March 2020.   In September of 2017, the Complainant was involved in a serious road traffic accident,...